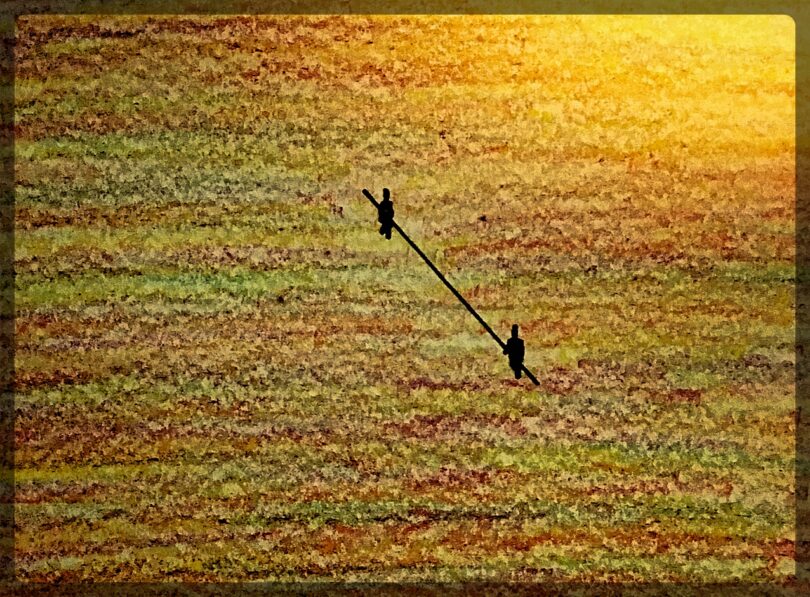 They are taking down the goal posts at my local football ground. The sky the posts once occupied is strangely bare – bereft – as though the air has been divested of some vital symmetry. Open wounds, ringed with dirt, denote the spot where each post stood.

I was here the day the posts went up – the evenings getting shorter, winter coming on. I took a seat by the clubhouse steps as the posts were raised and fixed apart: two big posts, front and centre; two smaller posts, aside.

Now I’m on the boundary line, accompanied by the sun, as two men on the oval lay the posts to rest. Pallbearers at a funeral, solemn and attentive, they go about their business with a calm efficiency.

The wounds are packed with sand and dirt. The goal square is erased. When the final post is hauled offsite, the season slips away.