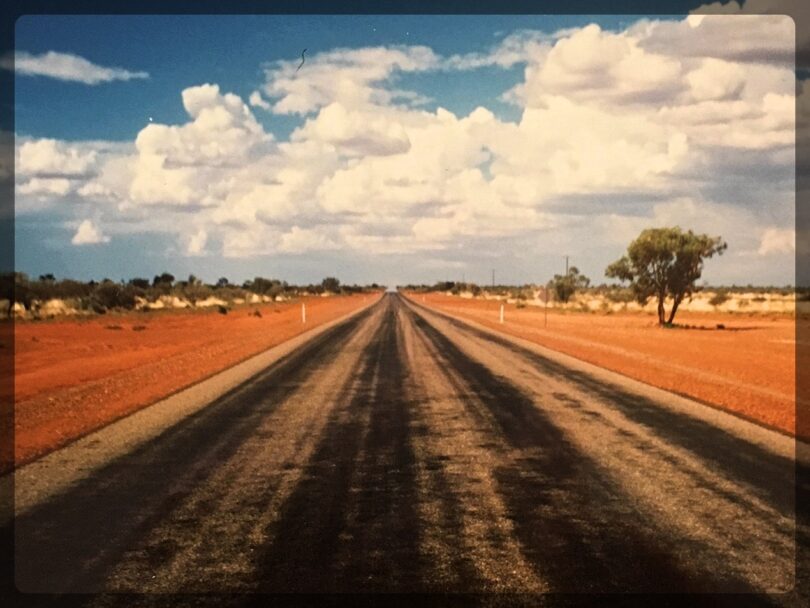 Make your plans, make your way

Ihitch-hiked around Australia in the summer of 1989-90. I was 21. I thumbed my way from Melbourne to Darwin, Tenant Creek to Cape York, and south again down the east coast. It took me four months and taught me more about the country than anything since.

Throughout it all, I was blessed with good fortune and carried along by the kindness of strangers – by decent men and women with whom I shared the journey, if only for a while.

In the Queensland town of Camooweal, on the Northern Territory border, I spent five hours in forty-degree heat waiting for a ride.

A woman emerged from the shimmering glare to offer me fruit and water. A young child came and stood with us.

When the next car passed, the woman waved it down. “This bloke needs a ride,” she said, to the owners of a campervan.

At the wheel of the van was an Israeli tourist, travelling the country with his wife. They drove me 1,000 kilometres to Townsville.

We arrived on Christmas Eve. Every shop was shut. A man in the street took pity on us. He gave us two bags of corn chips and a six-pack of beer.

When we offered to pay him, he stepped away and wished us well. I spent Christmas Day in a public park, as happy as I’ve ever been.

Around the time that I was hitching south, Australia’s worst serial killer Ivan Milat was stalking young travellers on the same roads that carried me.

Milat was arrested in 1994 for the murders of seven backpackers whose remains were found in the Belanglo State Forest, an hour’s drive north of Goulburn, NSW.

Two of the victims were Australian travellers from Melbourne; five were foreign backpackers visiting Australia.

Milat died in prison last weekend, aged 74. The sound of his name on the news that night provoked in me the same black thoughts that lodged in my psyche years ago, when I first learned of Milat.

His cruelty and menace cast a long, malevolent shadow over all that I hold good and real about travel, chance and being young.

I know the evil that Milat embodied is ancient and eternal. I know evil takes a thousand forms and is forever poised to strike.

I know, too, from experience that another force, fair and fine, is almost always close at hand. It, too, takes a thousand forms and sometimes wears a backpack.

Occasionally, young travellers pass through the house that I share with my wife. They stay a while, and then go again, and when they go, I feel a rush of solidarity.

I regard them with affection as they take their place on the noble path of discovery and adventure.

I always want to tell them – be conscious and be careful, but don’t be scared and don’t be stopped. Make your plans and make your way. Be trusting. And go well.

This article was first published in The Age newspaper, 31 October 2019
Image: Travelling through outback Australia, 1989